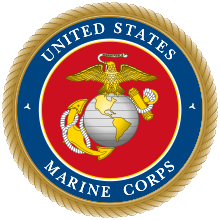 Cintech’s President, Roger B. Wade joined the Marine Corps with a 2 year enlistment and began boot camp at Parris Island, South Carolina on October 4th, 1972.  Roger graduated from boot camp 13 weeks later on January 8th, 1973.  After graduation he became a weapons repair specialist for the next 16 weeks at the Aberdeen Proving Grounds near Baltimore, Maryland.

After serving as a weapons repair specialist he was relocated to San Diego.  There, he was an armorer in the expeditionary unit Air Naval Gunfire Liaison Company (1st Anglico).  While stationed in San Diego, he attended jump school for two weeks at Fort Benning, Georgia, learning how to effectively and properly deploy from aircrafts and parachute.

On August 28th, 1974, Roger received early school release after being accepted to The Ohio State University.  Roger departed from his service at the rank of E-4 Corporal.

“I will never forget my experience in the marine corps,” says Roger.  My time in the service taught me discipline, focus, camaraderie, and provided a sense of direction toward developing and achieving future goals.  Once a marine, always a marine.  Semper Fi.”

Roger graduated from The Ohio State University in 1978 with a degree in Civil Engineering and 6 years later started Cintech (1984).  Roger is a member of the American Legion Post 318.

Back to News Page